The language of cinema is composed of opposites. In Saussurian terms things are defined by negatives. The film Juno creates a sense of domesticity by positioning a house with a minimalist style as opposite. The domestic scenes of Juno’s family are opposed to the adopting parents’ more stylised and organised home. Conversely the adopting parents’ scenes are opposed by Juno’s family domestic space. The warm cluttered space is posited as not the colder organised space. The colder organised space is communicated as not the cluttered domestic space. These opposed spaces communicate the different lifestyles and characters of the two families. The two spaces seem to indicate the feeling of pre and post child rearing. 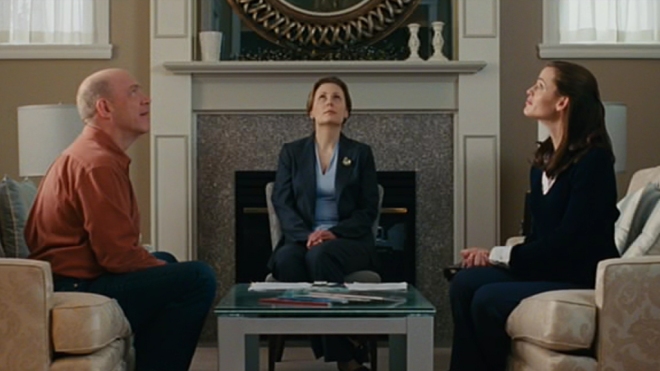 In this scene we see the composed organised nature. The fireplace creates a structure that is mirrored by the tables frame. The houses’ ordered and symmetrical nature is even mirrored in the body language of the central actors – the hands sit in a closed and defensive position. Every aspect of the mise-en-scene communicates the organised and ordered. 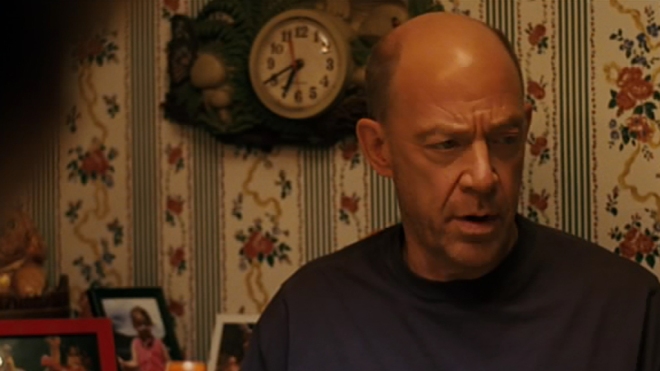 The domestic space of Juno’s house is shot with an orange tanned hint. This communicates warmth, as opposed to the cool bright light of the organised space of the adopting parents’ home. Even the shot position indicates a sense of disorganised – or at least something of a laissez-faire attitude – as we view over the shoulder with the head still popping in the scene occasionally. The sense of the domestic is further communicated by the collection of photographs sat in disorder, this is opposed to the ordered paintings and ornaments that fill the adoptive parents’ home.