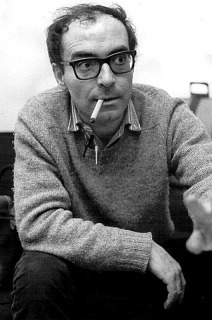 Godard, why did you really dedicate Breathless to “Monogram Pictures”?

I did it to prove that you can do pictures that are both interesting and cheap. In America a cheap picture is not considered interesting, and I said “Why not?” because actually there are many American directors who do B and C pictures who are very interesting. Vivre Sa Vie I dedicated to B pictures, because in my opinion it is a B picture.

If it’s less than $100,000, it’s a B picture. The trouble is that in Hollywood the B budget is all they consider; it can be a B or Z budget, but even with a Z budget you can attempt to make an A quality picture. If you talk to a Hollywood producer-if you make a B picture then you are a B director. You are only an A director if you make films with A budgets. … I think this idea is wrong. But if you go to see bankers or producers in America they still think in Hollywood’s way.1